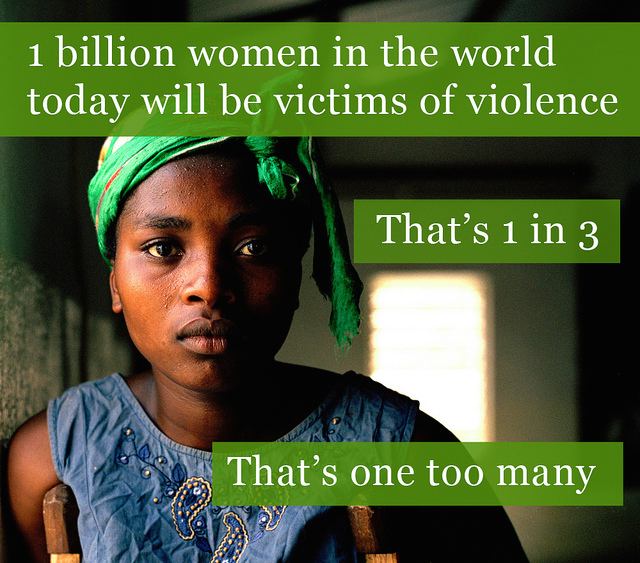 Domestic violence help for women is a persistent need because violence against women continues as a growing problem. Over 5 million women are victims of domestic violence every year, and over 1,200 are killed by their spouses or boyfriends every year.

If you're in immediate danger, you should call 911.

Why Do Some Women Fail to Seek Help?

A female victim in an abusive relationship may consider herself weak and may not know where to turn to find domestic violence help for women. Some try to make it appear that their relationship is stable and happy. Family or friends know something is wrong, but don't feel they should interfere.

Many women think their partner will miraculously change, even when the abuse has gone on for a long time. However, without professional counseling, it's highy unlikely.

Domestic violence victims are also hesitant to leave an abusive husband or partner because children are involved, but anyone living in a home with an abuser is at risk. There's no guarantee that because the abuser has never harmed anyone else in the home that it's not going to happen.

If you're a woman in an abusive relationship, you and your children are entitled to live a normal life without being beaten or verbally abused.

Local police officers are trained to provide domestic violence help for women in abusive situations. However, if you need advice on how to handle your situation, advocacy and support groups around the country can help you.

If you don't know of local groups for domestic abuse victims, call the National Domestic Violence Hotline at 800-799-7233 (SAFE).

One of the most extensive resources online for domestic abuse victims is the International Directory of Domestic Violence Agencies.

On the site http://www.hotpeachpages.net, when you get to the main page, you can click on the links for any region in the world, and find resources in more than 80 languages. You can find helplines, crisis centers, and shelters.

The website womenshealth.gov is operated by the Federal Government. Click on the link for each state to find resources in your area. At the website loveisrespect.org, you can find phone numbers for the National Dating Abuse Helpline and the National Sexual Assault Hotline.

Getting Domestic Violence Help for Women Outside of the U.S.

The U.S. Violence Against Women Act

The U.S. Federal - Violence Against Women Act was signed into law in 1994, by President Bill Clinton to focus on providing domestic violence help for women. The law allowed for investigations into cases of violent acts against women to be enhanced, increased pre-trail incarceration for suspected abusers, made restitution mandatory on convictions, and allowed victims to seek civil recourse if their case was not prosecuted.

Shelters offer women and their children a safe place to stay once they've left their abusers. Many women's shelters keep their addresses confidential to prevent abusers from finding their victims.

Domestic abuse hotlines, local police, or social workers can provide information about local shelters. In addition to offering shelter, other services may be provided. Legal services may be provided if the woman needs a restraining order. Counseling may also be offered for women suffering from emotional trauma due to their abuse. Since many women must quit their jobs to escape from their abusers, some shelters offer job and financial counseling. This is helpful for women who previously didn't work.

Women have equal protection of laws against violence and abuse in the United States. Part of the Crime Bill enacted by the United States Congress in 1994, passed legislation that stated that violence against women had high impact and far reaching consequences on women, children, and society.

What to Expect of Law Enforcement Officers respond to Domestic Violence Against Women: Steps should be taken to make sure that the victim and any children involved are taken to another safe location. If Protective Orders are in effect and are violated, arrests should be made for the violation. Local law enforcement, victims assistance, and any local social service agencies should work together to protect and support victims.

In order to get a protective order, one of the following must be the case.

If you feel that you aren't in a position to leave immediately, try to take the following steps: