The not so fairy tale... 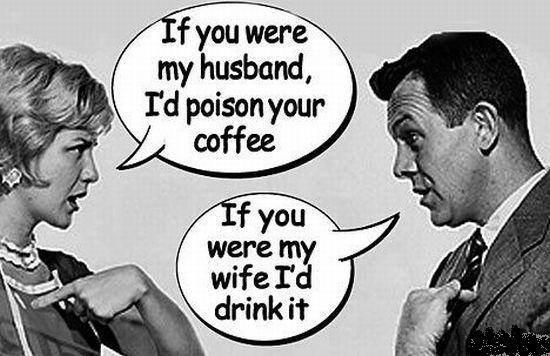 Domestic violence in marriages exposes weaknesses in our self-esteem. Many people think that those in a domestic violence situation should have no trouble seeing it. However, the lines are not so neatly and cleanly drawn as to define what is acceptable behavior and what is not. This "gray" area of what is "Real Abuse" is especially difficult to recognize if you are the one who is in a marriage relationship. The norms and traditions attached to marriage complicates things and make abuse more difficult to identify.

No one wants a failed marriage, and no one wants to admit that they are not going to live their "happily ever after," like their friends and their neighbors. The cold fact is that if you are in an abusive marriage, you are not alone. An unfortunate truth, is that many marriages are darkened by violence and abuse.

Thus, you can take relief in knowing that you are not alone and that domestic violence in marriages is far too common. There are many people in your exact situation, but there is a way out.

What Is Domestic Violence In Marriage?

It seems that when marriage is involved, many people get the definition of what is domestic violence confused. Are you having trouble with this? Before you can make a plan of action or choose to go about continuing to ignore your situation, you need to know where your relationship stands. This is the only way to properly move forward in the right direction.

A myth of domestic violence in marriages is that it only applies to physical abuse.

Another myth to dispel is that domestic violence in marriages only refers to abused women.

When most people think of domestic abuse in marriage, they think of the male partner physically assaulting the female partner. The thing is though, it works both ways. There are many cases where it is the wife abusing the husband. Such abuse may be in the form of abusive verbal or emotionally controlling behavior, or physical aggression. Even though this is a crime that is taking place every day, all over the country, it is hidden - kept in secret.

You seldom hear about these cases because many men fear embarrassment and ridicule for being a victim. After all, what would others think of him as a man if they knew that he was allowing a woman to beat him? The thing is though, just as when men are the abusers, there is an element of emotional and mental control that is taking place - that allows the physical abuse to occur. Men should also seek to break a pattern of control, so as to no longer have to suffer with the abuse.

Many will stay in a marriage filled with abuse "for the kids." However, if your spouse, who took vows to honor and protect you, the parent of your children, is able and willing to abuse you, the children are not too far a leap to being the next who will be abused.

Not only for yourself, but to protect your children and do what is best for them, you must leave or successfully address an abusive situation. Please look at the symptoms carefully and determine if you are involved in domestic violence.

Some spouses subject to domestic violence in marriages are afraid to end their marriage because there are some good aspects of the marriage that they do not want to give up on. Some of these things might be financial security, a nice home, a great sexual relationship, or the love and caring that they experience once in a while with their abusive spouse.

Unfortunately, in the domestic violence cycle, the abuse in the relationship only progresses in nature and gets worse. The abusive situation does not magically get better on its own. Action must be taken. If the opportunity for domestic violence help is not taken, matters will only get worse.

Can The Marriage Be Saved?

There are cases where an abusive marriage can be saved, but it takes a lot of work, a lot of counseling and a lot of commitment from both sides to get domestic violence help.

If you have not yet experience physical violence in your marriage, and the emotional and verbal abuse is only minor, then you should consider relationship counseling. The process involves recognizing the causes of the underlying cause of the abusive partner's behavior. Once the cause is determined, the therapy process can work to heal the person so that they can control their anger or overcome the underlying hurt that is the cause. Marriage counseling will also help a couple to recognize each other personality differences and interact in patterns that cause less strain and conflict.

In reality, there are some people who will simply never change, no matter how much they want to or you want them to. If you are receiving advice that this is the case for you and your marriage, permanent separation is what you need.