Can you still love someone who beats you? Read the story of "Cold Case: Domestic Violence Love" to find out.

This is my story of domestic violence love and the long-term affects on my life.

Scott Reached Out, While I was in Need of a Friend

Scott always looked at me, smiled. I remember his clothes. He wore baggy clothes, and he looked poor. His hair brown his eyes were green and blue. We began talking; he came up to me one day and talked to me, and from then on we started hanging out. There was something about Scott that I was so drawn to. He was so funny and charming, and he never cared what anyone thought about him.

One day he invited me to hangout, so me and my friend Cece went to another friends, Aaron's house, and we partied. Cece was always a wild girl having sex with almost everyone she met. I felt left out at times that I was a virgin. She later went in the back bedroom and slept with a random guy. Meanwhile me and Scott watched a movie and cuddled on Aaron's couch.

We laughed and discussed our past life, such as are childhood etc. We began making out and then I whispered to him I was a virgin he looked at me and said you don't have to do it. I thought to myself I am tired of waiting I have waited this long, I'm ready; something came over me. We began having sex, it was so painful, but I loved him; he was my best friend.

The next day my mom called, and said your teacher called and said you didn't make it to school. I said to her "mom, I'm 17. I will do what I want. We argued. We never got along anyways. She put men first my whole life. I decided to move out and stay with Cece. Everyday from then on me and Scott were together. We ran the streets, skipped school, and had unprotected sex. 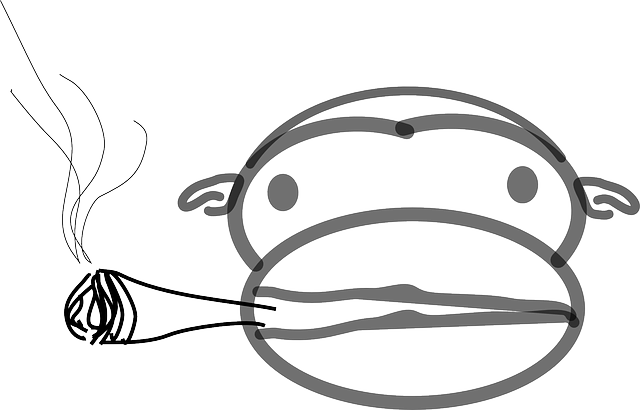 Later on in our relationship, 2 months into it, Scott never wanted me to meet his family; I didn't understand. He stayed with a friend named Billy, and they smoked weed and did pills. I remember telling him I didn't smoke and didn't care for weed. He then said he was going to quit.

One day an Oldsmobile car was parked outside Billy's house. I noticed Scott talking to the man in the car; so I looked. He waved and told me to "come here." He said "hey babe, I want you to meet my dad and mom and my 3 brothers", as they all were bunched up in the car. His family looked so poor and dysfunctional also. His mom was very nice to me and looked at him and said "Scottie are you moving back in." He said I am staying with my girlfriend. His mom said she can live with us too.

Later that day I approached Scott and told him I was scared to move in. He says don't worry I will protect you. I remember saying to myself "I guess this is better than being home with my mom." We stayed with his family for 4 months. Those 4 months were long. I saw crack being smoked by his father, his mother coming home drunk, cops busting the doors in, his brothers fighting, and eviction notices on there trailer. I never seen anything like it.

Me and Scott got really serious. He started showing me his secrets, his dreams. He shared everything with me as I did him. He robbed people, and I went with him. He stole me $10,000 dollars worth of clothes and merchandise. I began loving the attention, as I never had it at home. He risked his freedom for me. At age 18, we got are own place. I thought we had it all.

After the Honeymoon Phase, Bad Changes

About 7 months into our relationship he started changing. He began controlling my friends, what I wore, and who i talked to. He broke my phone when he was mad, choked me, slapped me, kicked me, punched me, forced me to have sex, threw me up against walls, stabbed me with forks, and hit me with objects. I threatened to leave him, and he held me down and beat me in my face, while I screamed for help. The neighbor called the cops.

He was arrested sent to jail. He got out the next day, and the same things happened a week later. Then, he would go steal me flowers or make up to make me forget about the abuse and he promised he wouldn't do it again. He was such a jealous person. There were times I was so in love with him I'd kill for him, and I loved him more than myself. But, why did he beat on me?

I began cutting myself. He caught me and punched me. He started crying. He said "don't you know I can't live without you. He tried drowning himself when I left him. We were like Rihanna and Chris Brown or Eminem and Rihanna. It was poison, but I loved it and this love took over me to the point I began becoming him, robbing people and ending up in jail. He got away with it because his mom worked where he did and faked his time sheet.

I wrote him in jail telling him I was done. I remember messing around with another man and him finding out, and he came and found me and beat on me. Again, more "domestic violence love." He said "you belong to me, your mine." He said "I'll kill you if you fuck another guy." He was so messed up in the head. 2010 age 19 is the day I was done. 2 years of abuse and terror and misery, it changed me. My family didn't want anything to do with me when I was with him. I blamed myself.

But, somehow I will never forget him. Who says domestic violence love does not  make sense. He hurt me, but he also taught me things. Nobody will ever understand what it was like unless they were in my shoes. The nights we were running from our indictment, we broke into rental homes to sleep or we slept in the streets, and where we fell in love in a hopeless place as two messed up kids who just had each other and no one else loved us.

Our family was crazy and dysfunctional, so we only had each other.

Join in and write your own page! It's easy to do. How? Simply click here to return to Domestic Violence Stories by Visitors.

Are you living a true life teen dating violence story like this one? Call the National Domestic Violence Hotline or a local shelter for help.