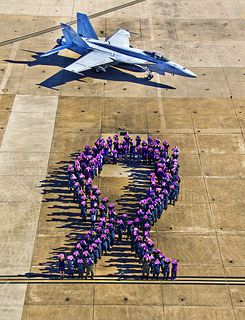 Domestic Violence Awareness Month is a Day of Unity

Domestic violence month originally started in October 1981 and sprung up from a day called the "Day of Unity" inOctober 1981. After a while, the Day of Unity expanded and became an entire week that was devoted to a range of activities conducted at all levels, including local, state, and national. Today the Day of Unity is celebrated on the first Monday of October every year during what has been historically designated by congress as domestic violence month since 1989.

DVAM Conceived by the NCADV

The idea of a month dedicated to prevention and awareness of domestic violence was conceived by the National Coalition Against Domestic Violence or NCADV.  The overall intent of this special designation for a month was to provide a set time at which special effort would be made to connect advocates across the nation who were working to end violence against women and their children and domestic abuse in general.

Varied and diverse activities and events are scheduled and planned that are meant to raise awareness of domestic violence. In particular, these events often celebrate the strength of abused persons and their burdens that are overcome.

These activities are help all around the country in communities, states, and nationally. The type of event or activity is usually determined by the program sponsors and may depend on the programs budget, resources and abilities.

October is the Month for Unified Action

The month of October is celebrated locally, nationally and also the state level as domestic violence month. States often celebrate or educate the public with programs such as New York's recent 2010 Shine the Light on Domestic Violence program. In the “Shine the Light” event, the state encouraged the use of the color purple to highlight the concern for domestic abuse. In particular, ribbons and stickers were printed for handing out to the public and being displayed by as many people as possible. Also, shirts were worn by many with a banner and message and the same banner was published on websites and shared with as many sites as possible to link to more sources of domestic violence help. The web based promotions during the October awareness month expanded even further with the using social media like Facebook and Twitter.

The month of October is a common time for soliciting volunteers to help fight domestic violence both by government and non-profit anti-violence agencies. These organizations fighting domestic abuse and offering help are bolstered by many government proclamations made by officials such as mayors, governors and others.

A Time to Get Involved in Domestic Violence Prevention

Where to Find Opportunities for DVM Involvement

The information about these events is collected and publicized annually by the Domestic Violence Awareness Project Advisory Group, also known as DVAP. This group requests information regarding local, state, and national domestic violence awareness and public education events or campaigns.

Visit http://www.nrcdv.org/dvam/DVAM-Events to enter your event. After the event or campaign information is entered and approved by DVAP staff, the event will appear on the national list that is kept and updated byDVAP.

Others can search this list to find volunteer opportunities for themselves using the search feature provided on the DVAP website to find events. Each event usually provides contact information for that particular domestic violence event in case more information is needed.

Timeline and History of the Domestic Violence Abuse Awareness Month

First Domestic Violence Awareness Month Commemorative Legislation is passed by the U.S. Congress (this legislation has passed every year since through the efforts of the NCADV who provides lobbying and leadership for the initiative)

As of February 5, 2010 the NCADV and other national groups have entered into discussions about changing Domestic Violence Month to another month during the year. No decision about this change has been made.

The NCADV is polling the others to help determine the best month to hold the annual event. At least three field surveys have been done, and the NCADV is reviewing the results to help in making a decision about the possible change.

The NCADV has reassured everyone that it will give at least one year notice of any change in the scheduling of domestic abuse month.

President Barak Obama made a presidential proclamation for national domestic violence month for the year 2010.

Our Presidents have supported domestic violence awareness through efforts of the White House, and various national organizations offer resources and tools to help local shelters and communities to promote awareness during Domestic Violence Month, such as the National Research Center on Domestic Violence, the NRCDV.

Have A Great Story About This Topic?

Do you have a great story or tip to contribute to the awareness of Domestic Violence Month? Share it!

Tips and Stories in Support of October as Domestic Violence Month

Click below to see contributions from other visitors to this page in support of domestic violence month.

Heather's Domestic Violence Story Not rated yet
It all started so innocently. Our first date was over seven hours long. Seth was easy to talk to, pleasant to be around and very charming. Our relationship …