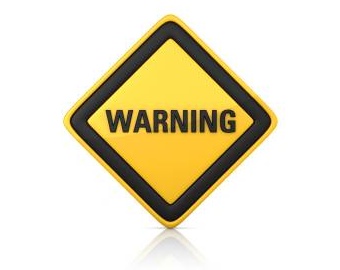 What should you look for as a friend or family?
Do you know the signals or symptoms?

By recognizing the Warning Signs of Domestic Violence early on, you can help a friend or family member escape the cycle of abuse.

Domestic abuse, known as intimate partner abuse, is a common problem that can affect anyone from any background.

One in four women will be a victim of domestic violence.

No matter what sex a person is, it can be difficult for them to admit that they are suffering from any form of domestic violence. They may feel trapped and in danger if they tell.

There are many different signs of an abusive relationship, and whilst physical injuries may be the most obvious warning signs of domestic violence, there are other things to look out for as well within the definition of domestic abuse.

The emotional strain that domestic violence puts on a person is severe. The abuse can lead to anxiety, depression, and a low self-esteem, however, this is not always the case, and some people learn to hide their pain very well. Many people will show distinctive changes in their personalities, and will avoid conflict with everyone. They may also be absent from work more than usual, and their children may also have changed.

The signs of physical abuse connected to domestic violence may not be as obvious as you think. Often the sufferer will go to great lengths to cover up the abuse, as they are often ashamed of the marks and bruises. They will attempt to cover up bruises and injuries that keep appearing, and will most likely come up with feeble excuses and reasons for the injuries. Major injuries can often not be explained easily, and the person will call in sick to work.

There are many different injuries that are very common in domestic violence cases and offer warning signs of domestic violence, and these will often be repeated over and over. Loose teeth and dental problems are common as well as abdominal pain, and bruising. Facial, arm, neck, and head bruises and fractures are also very common. Many long term sufferers will have bruises and injuries in places that can be covered easily with clothing. As well as bruises in severe cases, the domestic violence may involve cigarette burns, bites, and welts.

Often the partner of the sufferer will try to remove their spouse from their social circle of friends, and ensure that they feel alone. They will ensure that they belittle their partner at every opportunity, and make them feel worthless and needy.

Over time, they will ensure that all of their partners self esteem have been destroyed, and in some cases, the sufferer will believe that the violence is their fault. Many people actually believe that they deserve the abuse they are suffering, and that it is ok.

Although the psychological symptoms are often harder to see they are still there and if you know someone well, you can often see the changes in their personality. The person being abused may be withdrawn and quieter than usual. With signs of anxiety, stress and fatigue, this can all lead to suicidal tendencies. The sufferer may also be unsure of how to express love, and this can affect their relationships with friends, and family.

Look for any of these Warning Signs

Unfortunately, domestic violence is on the increase, people need to be aware of the signs and symptoms, and maybe help someone in the future. All of the warning signs listed above can be hidden from view. Walk with people and be willing to forge a lasting relationship so that you can know them well enough to recognize warnings like these. That's a true demonstration of unconditional love and friendship.